Selma resident Monica Collins has a vision. A vision where children in her community are able to have access to computers and internet in order to excel in school. 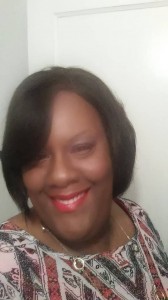 When Collins was 26 years old, she had a job interview at a department store in Montgomery and had to bring a resume with her to the interview but didn’t have access to a computer to print it off.

Because she was unable to bring a copy of her resume with her, she didn’t get the job.

“I said then, what if that happened to more than just me?” Collins said. “I was a young mother with two small children. I didn’t have internet at home. I didn’t have a computer at home.”

Since then, Collins has had the idea of an after-hours computer lab where students can come and do online assignments for school. She has been actively trying to get the project off the ground since April 2015.

“By the time they get home, the library is about to close or already has closed. Their children might have homework, a book report, school project; something that’s going to require them to get on the internet,” Collins said. “They don’t have the items in their house to do so because they’re low income.”

One goal that she has for the computer lab is to raise the reading and math test scores in the schools around her community.

“We’re in a low income community,” Collins said. “We’re in a rural community and everybody doesn’t have the resources they need for their child, themselves, or even the future generations to come along. I’m just trying to do my part.”

A certified Microsoft instructor, Collins simply wants to give her community more resources, not compete with the library.

So far, she has reached out to a lot of community leaders for assistance and has been working towards raising money to get the needed equipment.

So far they have one desktop computer that was donated to them last year, but they need everything from laptops to various office supplies.

So far, Collins says, citizens in her community are on board with her plans. Collins is also looking to partner with other nonprofit organizations in order to get more funding for the project.

Collins’ hope for the project is that it will inspire other struggling communities to do the same to help the children in their area.

Her drive and ambition for the MHC After Hours Computer Lab is the living manifestation of her motto: Without passion there’s no purpse.

For more information about the MHC After Hours Computer Lab, you can visit www.ireansacl.org, or contact Collins by email at collins9510@gmail.com or by telephone at (344) 419-6573.