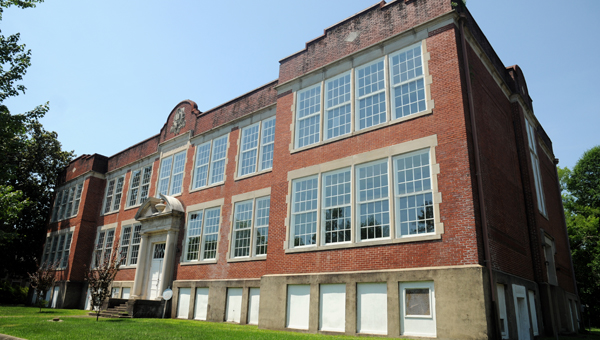 The Selma-Dallas County Historic Preservation Society has until September to raise $10,000 for its Tremont School Project. Money raised will be matched up to $10,000 by the Alabama State Council on the Arts. The money will be used to help restore the building.

With the help of a grant, the Selma-Dallas County Preservation Society is working to restore the Tremont School building to its former glory.

The preservation society received a $10,000 Cultural Facilities Planning Grant from the Alabama State Council on the Arts to help restore the building. The only catch is the organization must raise $10,000 to get the $10,000.

“We’re still working on it,” said SDCHPS treasurer Candi Duncan. “We have until [September] to get the $10,000 match.”

The condition of the grant is pretty simple — every dollar contributed by an individual or company will be matched equally. Long-term board members donations will be matched 2-to-1.

William T. Warren, a popular Birmingham architect at the time, designed the building in 1913. The 20th Century Revival Style school stands at 25,000 square feet with two levels above ground and a full basement below.

The Selma City School Board acquired the lot in 1911 and kept the building until 1957. At that point, it was city property until 2010 when the preservation society claimed the building, according to the project’s website.

“When the city realized they had it and didn’t want it, they gave it to us,” Duncan said. “We had a lot of work done on it when we first acquired the building.”

Duncan said the preservation society spent more than $40,000 replacing the windows, but there was a bigger issue at hand.

“We were under the impression, at that time, there was not that much damage to the roof. It continued to leak and there was much more damage than we had anticipated originally,” Duncan said. “If you don’t fix the roof, you don’t have a building.”

Other improvements to be made on the building include new electrical service, new plumbing, new restrooms, a new HVAC system as well as repairing floors, doors, walls and ceilings. In addition to those repairs and updates, an elevator and other accessibility accommodations are needed. .

With the acquisition of the original YMCA located on Broad Street four years ago, the society hasn’t had the funds to put into the old Tremont School.

“We didn’t want to lose [the Y] because we thought we would lose the city scape of the city of Selma, we had to refocus and do the Y,” Duncan said.

Duncan believes more than $250,000 was spent in purchasing and shoring up original YMCA.

Duncan said the Y is only one reason the progress of the school is still behind. She said another contributing factor is the inability to get contractors out for a quote on roof repairs.

“I know personally, I had contacted half a dozen different roofers and they’ll tell you they’re coming and then they won’t come,” Duncan said.

Right now the future use of the school is unclear, but Duncan said at one point the thought of using the building for art classes and performing arts was a possibility.

The building currently serves as storage for the school district, according to Duncan.

Donations can be made to P.O. Box 586, Selma, AL 36702-0586 and checks must be payable to SDCHPS. Donations must be marked “Tremont School” to be used toward the project.

For more information about the restoration project, visit www.historicselma.orf/tremont-school-restoration.