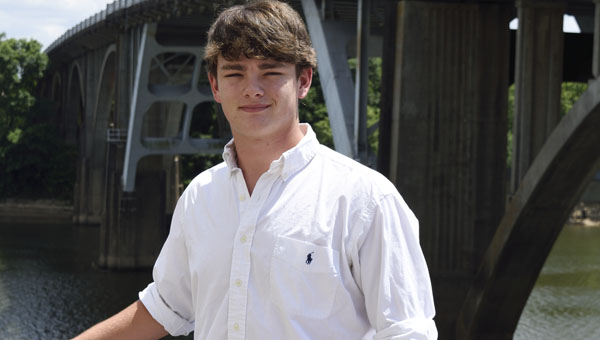 A fundraiser started by a sophomore at Meadowview Christian School will help pay for medical expenses for baseball coach Scott Gunter, who was diagnosed with prostate cancer in April.

Gunter, the longtime baseball coach at Meadowview, was diagnosed with the cancer just over a month ago and was forced to step down for the remainder of the year. The diagnosis came as a surprise and left him hospitalized for nine days.

After the news broke, Meadowview student Mason Kendrick knew he wanted to do something to help out.

Kendrick has played football for Gunter at Meadowview and played catcher for the Trojans’ baseball team.

The two have become friends outside of the school too.

They’ve gone hunting several times together and Kendrick said he looks up to him as a father figure.

“He’s coached me since third grade and all the way up to my junior year,” Kendrick said. “I didn’t know what I wanted to do, but I knew I wanted to help him and other guys on the team did too.”

Kendrick and his mother, Traci, have found a way to do just that. They are holding a “That’s My Coach” benefit for Gunter, where they are selling ribs and Boston butts. The meals will be prepared by The Shack in Marion and will be available for pickup at Memorial Stadium between 2 p.m. and 6 p.m. on Friday, June 17. The ribs are being sold for $25 and the Boston butts are $35.

“We are ready for him to be back out there. The whole school misses him and both football and baseball miss him,” Kendrick said. “We are ready to have our coach back.”

“It’s been tough,” Gunter said. “My taste buds have changed, and it’s real hard to know you can’t get up and go do anything right now.”

However, he said the fundraiser has helped keep him going.

“It lifts your spirits up and makes you want to fight harder,” Gunter said.

Anyone who would like to make a donation can do so at Marion Bank in Selma. Donations can also be mailed to the Scott Gunter Benefit, 7010 Highway 14 in Selma.