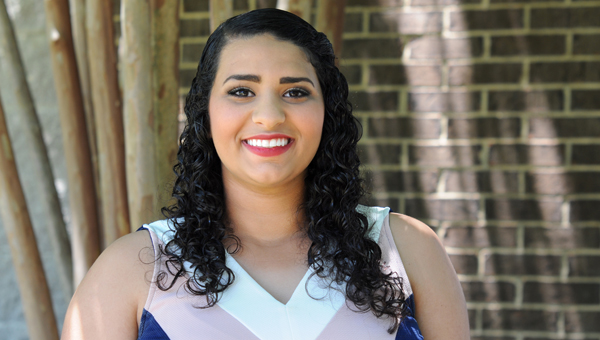 While at Meadowview Christian School, Christina Dabit played volleyball, basketball and softball; served as SGA vice president; and helped with the robotics team. She said a favorite memory was winning a volleyball championship in the eighth grade.

Dabit, one of three sisters that have attended Meadowview, has been at the school since being enrolled in the Pre-K3 program at 3 years old.

“Since both my sisters went here, I’ve been compared to Ida and Amal my whole entire life,” Dabit said.

Dabit found a second home in Meadowview, complete with friends that she’s grown up with and the freedom to do and be who she wanted.

“It’s so small that everyone is like family pretty much. Everybody knows everybody and everyone feels welcome,” Dabit said. “We don’t really have those certain cliques and standards that you have to be set to. You just can do whatever you want.”

During her time at Meadowview, Dabit has divided her time outside of academics among multiple extracurricular activities; playing volleyball, basketball and softball; serving as Student Government Association (SGA) vice president and chaplain; and helping with advertising the robotics team. It’s a hefty plate, but Dabit got through it by managing her time wisely.

“Sometimes I would get really stressed out because a lot of things would be due in a week,” she said. “And I just had to sit down, pray, talk to my friend Maggie, and just write everything down, and tell myself that I could do it.”

Out of all her experiences and memories from her time at Meadowview, nothing compares to eighth grade when the Meadowview junior varsity team won the volleyball state championships. She said the team worked really hard that year.

“She is a very calm laid back leader on the volleyball court, and she’s always serious about everything she does,” Tim Burton, the volleyball coach at Meadowview, said. “And she just makes everyone else around her feel the same.”

Her parents are very proud of everything that she’s accomplished while in school.

“She is an awesome child. She’s been awesome since pre-K.” her father Zuheir Dabit said. “She’s never had a B in her life, never made under a 100. Awesome at sports. If you could just describe her in one word it would be perfect.”

Dabit’s speech for graduation is written and waiting. She confesses that she’s not a sentimental person, but did try to make it funny.

“I’m sure somebody’s bound to cry, but I tried to make it happy moment instead of a sad one,” she said.

This summer in addition to working at her family’s store, she will be prepping for the fall volleyball season with Wallace Community College Selma where she received a full scholarship.

She wants to finish her basic college courses there and then transfer to the University of Alabama at Birmingham to enter their pre-med program. She hopes to one day become a pediatrician.

(Editor’s note: Before graduation, the Times-Journal will be profiling valedictorians at each high school in Dallas County. This is the first of seven stories.)