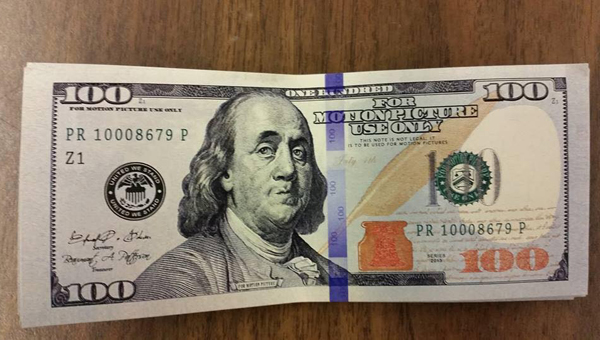 An unidentified woman tried to pass a fake $100 bill at three Selma businesses earlier this week.

The Selma Police Department is advising local businesses to take a better look when accepting currency.

On Wednesday, an unidentified female used counterfeit currency at multiple businesses, according to investigators.

Lt. Sam Miller said at least three different businesses have reported receiving counterfeit money from a suspect who is believed to be the same woman.

“They need to be briefing their employees on what to look for in counterfeit money,” Miller said.

Investigators said the counterfeit money reported was $100 bills with “for motion picture use only” printed on it.

“They ought to be able to catch that if they are looking at a hundred dollar bill,” Miller said.

Investigators encourage businesses to check any and all large bill currency and to report any counterfeit bills.

The case remains under investigation.