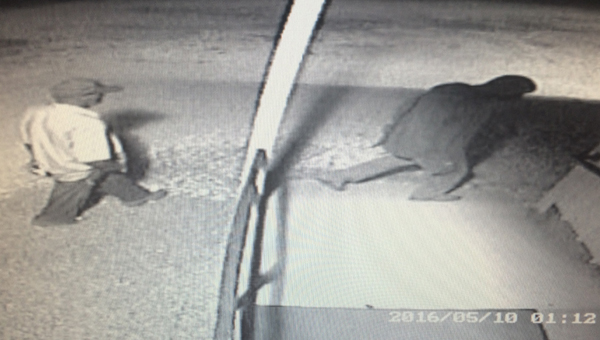 Two men are wanted in connection to a break-in early Tuesday morning at the Veterans of Foreign Wars Lodge.

Two men are sought for breaking and entering into the Veterans of Foreign Wars Lodge early Tuesday morning.

The Selma Police Department responded to a silent alarm just after 2 a.m. at the VFW building located at the 200 block of Kings Bend Road.

VFW post commander Rayburn Hill said the two suspects tampered with the security cameras, destroying one, before creating an entrance by dismantling a wall.

“They took the screws out of the outside of the wall, busted the sheetrock and kicked the plywood in and came in through a pulled back sheet of metal on the outside,” he said.

The hole was estimated to be about three feet wide by five feet tall.

Hill said the suspects began to gather items and even tried to break into the cash register and metal cooler before the siren sounded. Once the siren went off, the two suspects fled the scene.

“They exited the building and didn’t take anything with them,” he said. “We did an inventory of everything early this morning and didn’t find anything missing.”

“We’re lucky,” Hill said. “It doesn’t happen that often. It has been several years since we’ve had any problems.”

“We do have pictures of them, we have videos and the police already have [the footage],” Miller said.