Vance tries to impact students through Teach for America 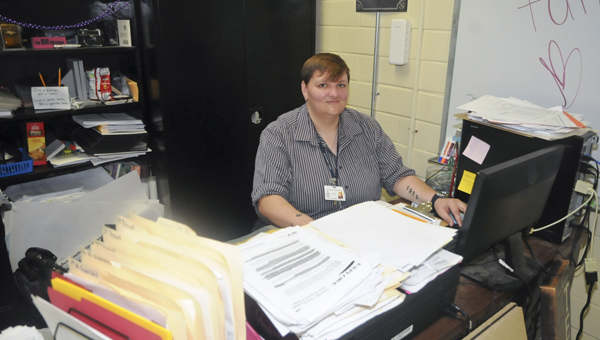 Carol Vance works at R.B. Hudson Middle School through the Teach for American program. She is a native of California.

After a life of hardships, including periods of homelessness, R.B. Hudson Middle School teacher Carol Vance uses her misfortunes to inspire children to get an education.

After attending 26 schools by the ninth grade, Vance, a California native, realized no other child should have to experience the instability she did growing up.

“It does something to you to have to be the new kid that many times. It breaks something in you socially. I knew that as long as I kept pushing forward education wise, I had a shot at a future,” Vance said.

Vance has been at R.B. Hudson for a year and said she wants her students to realize that no matter where they come from, education is the key to a better life.

“We were homeless at times. We lived in a van and moved around from place to place because we couldn’t pay the rent, and I just didn’t want to live that way and I knew that with a great education, I didn’t have to,” Vance said.

Vance has obtained several degrees. Her most recent was a master’s degree in education from the University of Montevallo in 2014. Shortly after graduation, she realized she wanted to enroll in the Teach for America program.

“It is an organization that gives boot camp training and puts people who have a passion for teaching, as opposed to what they have their degree in, in classrooms,” Vance said.

The program covers $5,000 in tuition debt each year for every member. People who have no educational background can go through the program and become a certified teacher. Vance said her case was different because she already had a master’s degree, but she wanted to go through Teach for America because of what the program represents.

“Teach for America is not like any other program. I was like that’s what I want to do,” Vance said.

R.B. Hudson Principal LaShonda Moorer said Vance affects the students in a positive way and makes them want to learn.

“I feel she is a great asset. She has a great rapport with the kids and I plan on keeping her around,” Moorer said.

Overall, Vance strives to keep her students on a straight and narrow path.

“At-risk kids have a choice. They can either grow up to be good, successful and strong people or bad, unsuccessful and weak. I made that choice,” Vance said. “They are walking that line that I walked, and I like being a part of helping them make the right decision.”