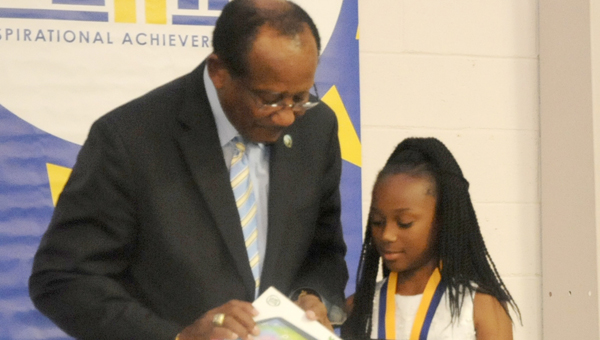 Students who work hard in school and give back to the community were recognized Thursday by Selma Mayor George Evans.

“I feel like this program has been very successful so far, and I am glad that the participation is where it is,” Evans said.

The awards spotlighted children from third grade through high school.

“I hope this will be inspiration to them that the teachers care, I care and the city cares in terms of recognizing them for their achievements,” Evans said.

Students nominated had to have passing grades in all subjects as well as demonstrated resilience and a commitment to service.

There were 10 high school seniors who were awarded $1,000 scholarships apiece this year. Usually only four or five members are chosen, but Evans said he did not want any senior to go home empty handed.

Scholarship recipients must show proof that they are enrolled in a college or university before they receive any funds.

“It feels amazing. It lets me know that I am achieving in life. Sometimes good students aren’t recognized. This is a good opportunity,” Bethel said.

Jalessa Webb is the mother of Payne Elementary School student Tashaun Webb, who was a top winner in the third through fifth grade category.

“He deserves it. He puts in a lot of work. It’s really rough in the neighborhood we stay in, but this shows him that no matter where he comes from, he can still be successful,” Webb said.