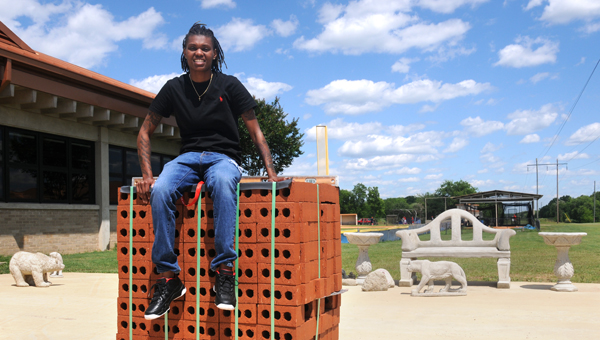 Wallace Community College Selma student Jonniece Collins is the first female in history to win the Alabama State SkillsUSA masonry competition. She will go on to represent the state at nationals later this summer.

Jonniece Collins is breaking down walls for women in the construction industry after becoming the first Alabama State SkillsUSA masonry competition female winner.

Collins is a 21-year-old Wallace Community College Selma student from Demopolis. She competed in the competition last year and placed second. Collins said her experiences last year and her passion for construction helped push her to bring home the gold this year.

“It means a lot because I worked hard for this,” Collins said. “I got frustrated a few times, but I didn’t let that get to me. I paced myself and did what I needed to do in order to finish.” 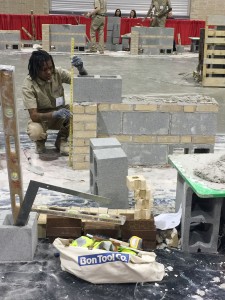 SkillsUSA is a national organization that partners with students, teachers and industry to help students excel in their areas of work. For the masonry division of the Alabama state conference, competitors were given four hours to construct a wall portion with pillars.

“I just thank God for every opportunity that I had to do it. Without him, I would not have been able to do that,” Collins said.

Collins will be moving forward to represent Alabama at the national competition in Louisville, Kentucky on June 20-24.

Wallace evening masonry instructor Antonio Hamilton said he hasn’t known many women to go through the program or to work in masonry.

“Being in this field, I came through this program myself and when I was in here there were no females. I worked out in the field and I saw very few,” Hamilton said. “For her to come and display the skills that she had and to stick with it and to not get discouraged makes me proud of her.”

Despite the knowledge of masonry being a male dominated field, Collins doesn’t let that keep her from pursuing her dreams and would encourage anyone else to do the same.

“I’ve had people say that I can’t do it because it’s mainly male, but if it’s something you feel you can do then go for it,” she said. “Do it regardless of what people may say or think.”

Collins said after completing the masonry program, she plans on going back to school to study construction management and one day owning her own construction business.