A Selma man was arrested Saturday and charged with eight counts related to child pornography. 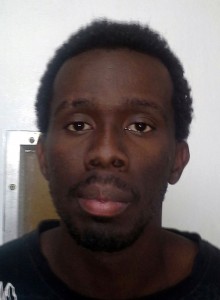 Zaccheus Jackson, 26, was arrested on grand jury indictments and charged with three counts of dissemination of child pornography and five counts of possession of obscene matter (visual of under 17). He was given an $80,000 bond and was being held at the Dallas County Jail on Wednesday afternoon.

District Attorney Michael Jackson said Zaccheus was discovered during a routine investigation by the Alabama State Bureau of Investigation.

“They were doing a routine undercover peer-to-peer file investigation. They identified that it was a computer in Alabama that was being used in the child pornography stuff,” Michael said.

Zaccheus will appear in Circuit Judge Collins Pettaway’s courtroom on June 9 at 9 a.m. for arraignment.