DA: Charges will be upgraded to capital murder 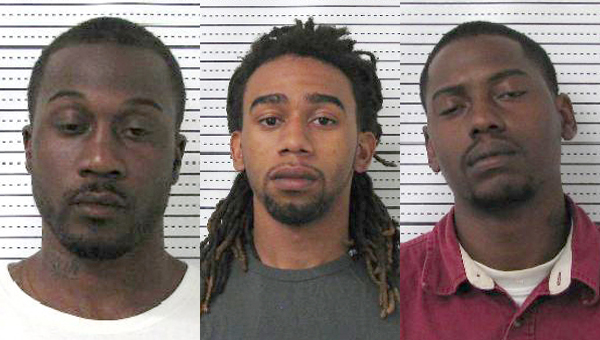 Shooting charges against Ken Prevo, Xavier Waller and Corey Pullom will be upgraded to capital murder after on the victims in an April 16 drive-by shooting died, according to District Attorney Michael Jackson.

The charges against three men arrested for an April 16 drive-by shooting will be upgraded to capital murder after one of the victims died this week.

Quienten D. “Lubo” Thomas succumbed to his injuries after being hospitalized almost two weeks, according to District Attorney Michael Jackson.

“It’s going to take a second, but they will be upgraded to capital murder,” Jackson said.

The shooting happened around 3 a.m. at the intersection of U.S. 80 and Alabama 41 and left two men in critical condition.

One victim, a 42-year-old, was eventually released from the hospital after being treated for multiple gunshots wounds to his left arm and leg, according to Selma Police Department Lt. Sam Miller.

Thomas, 32, was shot multiple times in the torso and remained in critical condition, according to authorities.

Jackson said the charges would be upgraded to capital murder because of two conditions: the crime occurred during a drive-by shooting and the victims were inside a vehicle.

Jackson was traveling Friday afternoon and wasn’t sure but thought at least one of the suspects had made bond on the attempted murder charges. All three suspects were scheduled to appear in court again June 7 for a preliminary hearing. Jackson said there might be additional arrests in the shooting.

“With the investigation going on, there might be further arrests,” Jackson said.

Anyone with information about the shooting should contact Crime Stoppers at 1-866-442-7463.