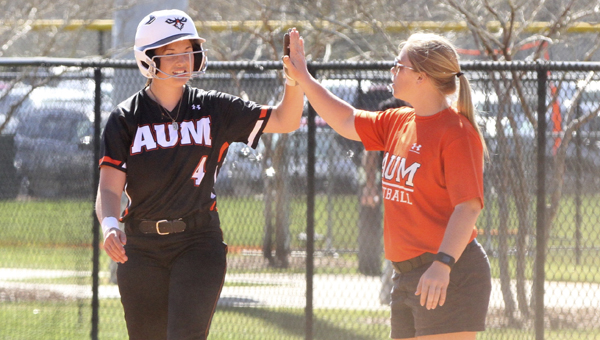 Persinger showed during her career at Dallas County High School — where she was named 4A Hitter of the Year as a senior — that she could swing the bat. During her time at Auburn Montgomery, she’s shown she can do it at the college level.

Persinger led Auburn Montgomery’s starters with a .382 batting average this year and tied for the team lead with nine home runs. Persinger finished the regular season with a team high 50 hits, including seven doubles and a triple. She scored 34 runs, knocked in 33 RBIs and committed just one error all season while playing outfield for the Warhawks.

Persinger was also given two other awards. She was named the Warhawks’ Champions of Character representative and was selected to the SSAC’s All-Academic team. Student athletes must have a 3.26 GPA to be nominated for the all-academic team.

Auburn Montgomery was scheduled to play its opening game in the SSAC Tournament Thursday evening against either Mobile or Coastal Georgia at Dean Fain Park in Montgomery.

The score for Thursday’s game was not available at deadline.