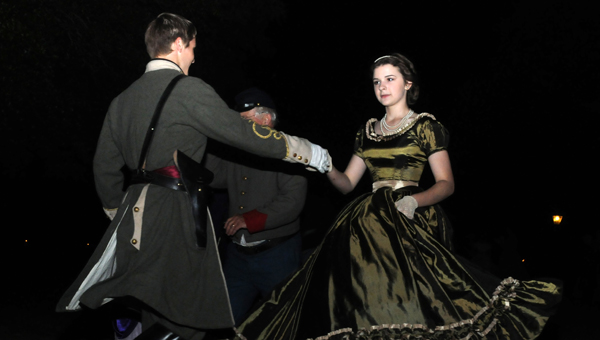 Union and Confederate re-enactment soldiers put aside their differences Saturday night for the annual Battle of Selma Grand Military Ball.

Period music set the atmosphere at Sturdivant Hall for both local and traveling re-enactors. The ball, for many, is a capstone event for many re-enactors in the southeast region.

“I’ve had so many people tell me in the last three days that there is no one in re-enactment that has a ball like Selma,” said April of 1865 president James Hammonds. “I think everybody is enjoying themselves.” 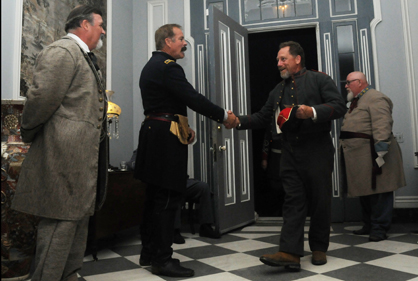 Re-enactor Wesley Odom from Pensacola, Florida, has been participating in re-enactments since 2009. He said he attended the Battle of Selma for the first time last year and was very impressed.

“I think the 1865 Society goes out of its way to make people feel accepted and welcomed and I know all of the re-enactors are very grateful for the hospitality extended,” he said.

Odom said he enjoyed the dancing. He thought it was a great way to reconnect with the past.

Madison resident Terrie Baker said she has been to re-enactments in the past, but never really participated. She heard of the Battle of Selma re-enactments and decided to give participating a try.

“I think it’s pretty cool cause you see such a large variety of dresses and men’s outfits and uniforms and things like that,” Baker said. “It gives you a picture of what it might have looked like back in the 1860s.”

Hammonds said the ball is a way to honor those who have fallen on both sides of the war. 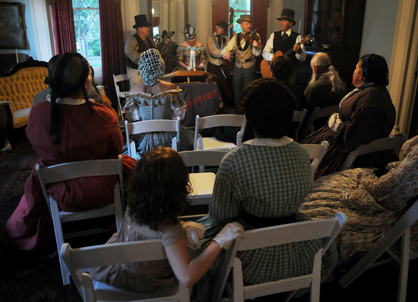 Gates open at the battlegrounds at 9 a.m. just in time for the worship service. Admission onto the grounds is $7.

At 10:30 a.m., the memorial service and history tour will be held at the historic Old Live Oak Cemetery.

Back at the battlegrounds, period foods and shopping can be enjoyed before the final event, the 151st anniversary Battle of Selma re-enactment.

The battle beings at 2 p.m. Spectators are encouraged to arrive early.