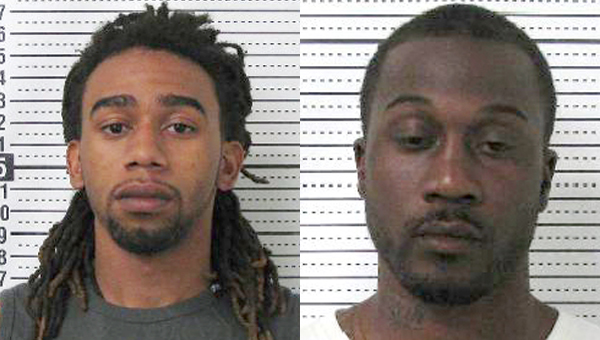 Xavier Waller, 20, and Ken Provo, 27, have been charged with attempted murder in connection to a weekend drive-by shooting.

Two suspects in Saturday’s drive-by shooting have been arrested and charged with attempted murder.

The suspects, 20-year-old Xavier Waller and 27-year old Ken Prevo, are both from Selma.

They were wanted in connection to a drive-by shooting that happened around 3 a.m. at the intersection of U.S. 80 and Alabama 41. The shooting left two men in critical condition.

Waller and Prevo were each charged with two counts of second-degree attempted murder and were being held Tuesday morning without bond.

“That was good investigative work by the police to arrest somebody that quickly,” said District Attorney Michael Jackson.

Selma Police Department Lt. Sam Miller said one victim, a 32-year-old man, is still hospitalized and has been upgraded to critical but stable condition. He was shot multiple times in the torso.

The second victim, a 42-year-old man, has been released and is being treated for multiple gunshot wounds to his left arm and left leg.

Both suspects will appear in court for a preliminary hearing Thursday. Miller said investigators continue to work leads in the case and additional arrests are possible.

Anyone with information about the shooting should contact Crime Stoppers at 1-866-442-7463.