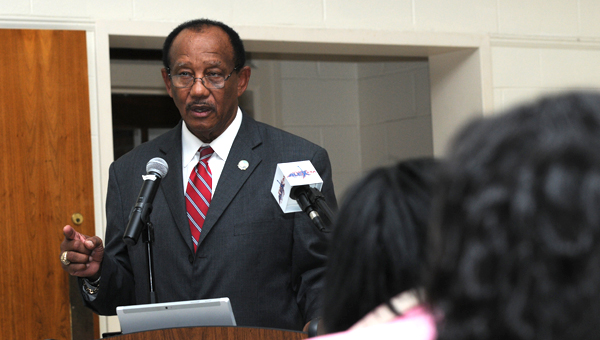 “I just want the people to be better informed. I just want them to hear the city’s side,” Evans said. “So they’ll know that there’s a lot going on, and we’re making progress. We haven’t failed. We have not gone as far as we would have liked to go, but we have made some giant steps and we plan to make more.”

According to the presentation given, $4,218,879 was spent on infrastructure improvements in 2014 such as the Bienville Park Drainage Project, the Lauderdale Street Drainage Project and the SRF Sanitary Sewer Project. In 2015, approximately $54,760 was spent for the Franklin Street sanitary sewer cave-in from Alabama Avenue to Water Avenue.

In addition to these reports, Evans announced the purchase of a $175,000 Asphalt Pothole Patcher truck. Evans said the potholes repaired with the truck will last at least 5 years. The truck was voted on during the last council meeting. Evans said annual payments of $37,000 for the truck will not begin until next April.

With law enforcement, the needs of new cars and computers and increased salary for incoming officers from $28,173.60 to $32,000 was addressed.

Evans said a $2,500 bonus for the police department will be voted on during the next council meeting.

“The idea right now is we are working to target those areas in our city that we need to have a police presence,” Evans said.