UPDATE: Michelle Evans has been found and is safe. She was located in Camden by police officers and family members picked her up there, according to Lt. Sam Miller.

Miller thanked media members for their help with the case.

—STORY BELOW IS OUTDATED— 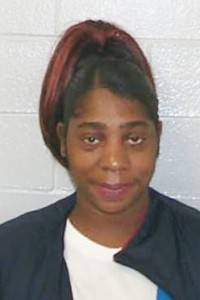 Michelle Aleshia Evans, 37, has been reported missing by her family. She has been unaccounted for since some time between April 5 and April 10.

Evans, who also goes by the name “Sharon Blount,” is five feet and three inches tall and weighs approximately 130 pounds.

“The family said that she leaves for weeks at a time,” said Lt. Sam Miller with the Selma Police Department. “But usually she’ll call and check in with her mom.”

Miller said the family hasn’t heard from Evans in several days and has grown concerned.

Authorities said the family received information Evans was stranded in Camden, but that could not be verified.

Anyone with information about Evans’ whereabouts is asked to call the Selma Police Department at (334) 874-6611.