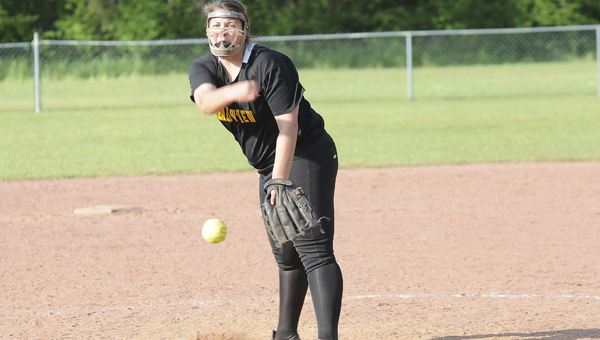 The day started strong for the Meadowview Christian Trojans, who hosted a softball tournament Saturday. After one win, however, the Trojans couldn’t keep the momentum going throughout the rest of the day.

The Meadowview softball team went 1-2 Saturday at home, winning 5-4 against North River Christian, losing 5-3 to New Life Christian and falling 3-2 to Hooper Academy in the final game of the afternoon.

Mallory Freine opened the game against North River with a double. That base hit sparked a run of Trojans getting on base, as the first four batters — Freine, Kalee Jones, Maggie Tipton and Shelby Boswell — each scored to take a 4-0 lead.

Emily Skelton scored a run in the second inning, and a 5-0 lead through two innings proved to be just enough to hold off North River.

Although Meadowview wasn’t able to win in game 2 against New Life, Grimes said she was proud of the way her team’s effort in that game.

“The second game, they were in it,” Grimes said. “They made too many errors to win, but they fought for it. They fought a little harder than they had been all season.”

Meadowview scored each of their three runs of the game in the third inning against New Life. Freine, Tipton and Skelton each made it home, but the Trojans allowed four runs in the third inning. They were unable to make up for a two-run deficit in the fourth and fifth innings.

Grimes was less forgiving of her team’s performance in the final game of the day against Hooper.

Hooper scored its first run in the bottom of the second inning off a Reagan Burton fielding error.

In the top of the third inning, Freine and Jones each had base hits, but Tipton and Boswell grounded out to end the inning and keep the score tied 1-1.

In the bottom of the third inning, a base hit scored two Hooper baserunners and gave the Colts a 3-1 lead.

Meadowview narrowed the deficit to 3-2 in the top of the fourth inning when Christina Dabit hit an RBI single to drive home Jones.

The game was called in the bottom of the fifth inning, giving Meadowview its second loss of the day.

“We tend to make a few stupid mistakes on the field,” Grimes said.

“We’ve gotten better since we started the season, but we still have room to progress and fix those errors.”