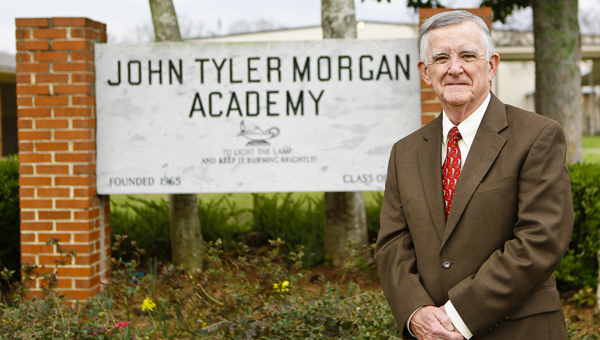 Morgan Academy announced Friday that headmaster Pete Williamson had resigned due to medical reasons. The decision is effectively immediately.

“We are saddened that we have to come to that point but that’s just the way it is,” said Morgan Academy board chairman Naomi Oslund. “We loved him as a headmaster but you have to address your medical concerns as well. We will miss him dearly.”

Williamson had served as Morgan Academy’s headmaster for just over a year after coming out of retirement in March 2015.

Karim Oaks, who will serve as Morgan’s interim headmaster, and Oslund declined to go into more details on Williamson’s health, noting that the information is private.

“There comes a point in time where your health becomes more important than your job,” Oaks said.

Before taking his job at Morgan, Williamson taught mathematics at Wallace Community College Selma. He retired from that position in May 2014 but served as the junior varsity girls’ basketball coach at Morgan. After a few months, he decided to come out of retirement to be Morgan’s headmaster.

Oaks is Morgan Academy’s director of instruction and was inducted into the Alabama Independent School Association Hall of Fame in 2015. She graduated from Morgan Academy in 1979 and has worked as a faculty member at the school since 1988.

She said Williamson’s decision was unexpected and that she will miss working with him.

“I’m going to have him on speed dial if I have an issue that I need to discuss,” Oaks said of Williamson. “I know he is somebody I can go to who will advise me in the right manner.”

Oslund said the search for the school’s next headmaster is already underway. The position has already been posted on the Alabama Independent School Association website.

The job posting lists qualifications as a master’s degree and three years of experience in public administration. The deadline to apply is listed as April 17.

“The sooner a qualified candidate is found, the better,” Oslund said.

Until then, Oslund said she is confident in Oaks’ ability to lead the school.

“We are very appreciative of her leadership,” Oslund said.