The man who was shot while allegedly trying to rob a woman at a Selma ATM has been charged. 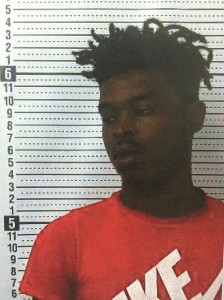 Cordarious Hayes, 20, was charged with attempt to commit murder and two accounts of first-degree robbery. No bond was given. Hayes will appear in court for hearings later in the week.

Hayes was identified as the man who allegedly attempted to rob a 60-year-old woman at the Wells Fargo bank ATM on Citizen’s Parkway on March 7. The suspect was hospitalized with a gunshot in the back after an altercation with the victim’s 24-year-old grandson.

He has since been released and put on bed rest. Authorities had been waiting to arrest Hayes because of his condition and potential medical concerns.

That changed Thursday when Hayes was served arrest warrants around 2 p.m.

“He’s able to walk around, he’s able to face charges,” said Sgt. Evelyn Ghant. “If they don’t turn him down, he will be there with no bond.”

Ghant believes the arrest will put Selma at ease knowing the suspect is in custody.

“I think the citizens of Selma will be very please to have justice served,” she said.