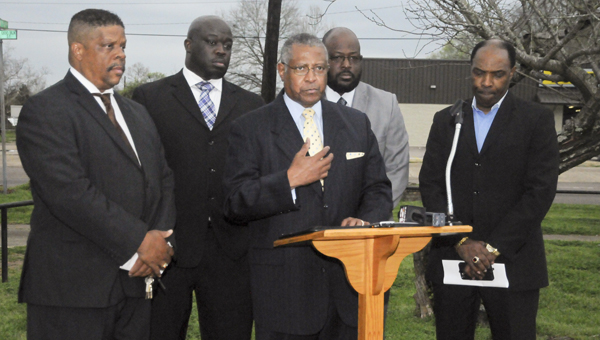 Community pastors are coming together to take a stand against violence in Selma.

In response to several violent events this past week, including a double homicide, shootings and a stabbing, six pastors held a press conference Friday to discuss what could be done.

Williams said he believes crime in Selma is out of control.

“I think we are in warfare. It is spiritual, but manifests physically. If not us, then who? If not now, then when? We can’t put it off any longer. We can’t wait,” Williams said.

Wells said he hopes people who attend the program will find support from the faith community.

“We want them to know that we encourage them and are concerned about their pain and the things that they have to deal with as far as violence and the loss of loved ones,” Wells said.

The pastors said the focus is for the city to unite to tackle crime and realize it’s going to be an ongoing process.

“It’s going to take family to help deal with this issue. I’m convinced we are not dealing with street fights over material things. The current rash of violence is based simply on hate and revenge,” Perkins said.