Shera Grant has joined her sister Shante Owens as Jefferson County District Court Judge. Their parents, Loretta Bitten and the late Henry James Craig, are from Selma. They also have other relatives in Selma and Dallas County. 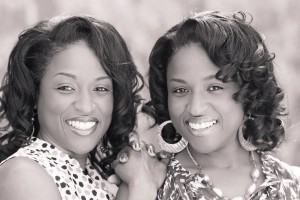 The twins said they both knew they wanted to lead a career in doing something that would help people and that they have always shared the same interests.

“I think our interests have always been the same. We both wanted to help people and serve the public. When we came out of law school, we both wanted to be prosecutors,” Grant said.

“I absolutely love it. I love serving the citizens of Jefferson County in this capacity. I am overjoyed and I feel very humble and so grateful to God for this opportunity. I feel very blessed about it,” Grant said

The twins both said their mom was a huge influence in their life and a sure reason to why they are successful today.

“Our mom has set a great foundation for the two of us. She was a single parent and stepped up to the plate after our dad died when we were five. She was serious about our education and she instilled in us a strong sense of spirituality,” said Grant.

Grant said she is prides herself in being stern, but fair in the courtroom.

“If you can’t understand where people are coming from then you don’t really understand their issues. I respect everyone, no matter who they are. A lot of judges treat people a certain way if they don’t understand those things,” said Grant

She said she makes sure she treats everyone in a humane manner.

“It is my faith, the fact I am a mother and have children,” Grant said. She said she thinks about what the tables would be like if it were one of her children bring tried and how she would want a judge to treat them.

The twin sisters said they make it a point to keep a balance between work and their personal lives, which include family and hobbies. They married two best friends 12 years ago and both have a six-year-old daughter and three- year-old son.

Owens said she is excited for her sister wanted her to keep one thing in mind.

“ I’m really elated. We are grateful to God and the Governor. I want her to remain the person our mom taught us to be — respectful of everyone and a hard worker,” Owens said.