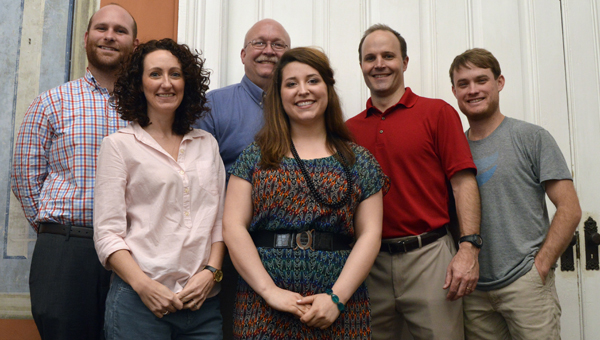 United Way of Selma and Dallas County has given a generous donation to Arsenal Place Accelerator.

The $25,000 was given to advance Arsenal Place’s mission to help develop small and local entrepreneurs.

United Way has been partnering with local agencies to help better the community since 1944.

Cothran said the donation shows how the United Way continues to solve problems within the community.

“This group of great young people have come into our community and have a unique eyesight on how to solve problems and they’re doing in the way all communities should do it, by investing it in entrepreneurship,” Cothran said. “Arsenal Place Accelerator is putting money into young spirit and young entrepreneurs to build Selma up from the bottom up.”

Arsenal Place opened its doors in 2014, near the intersection of Church Street and Water Avenue, as the first business incubator in Selma.

The incubator serves as a starting point for budding businessmen and women with affordable rental space including free Wi-Fi.

Dane Shaw, Arsenal Place president, said through the incubator’s partnerships with organizations such as United Way they are able to continue their mission.

“Without partners like United Way, it is almost impossible for us to do what we do. We’re all working together in this city for this community and the more we can build these partnerships the better the city is going to become.”

The money will be used toward workshops to train young entrepreneurs as well as to develop an Entrepreneur Innovation Center next door.

Shaw said the young businesses usually stay with Arsenal Place for about one or two years before they have developed enough to branch out on their own.

Even still, Arsenal Place continues to support the young businesses once they have moved out of the building.

“We still want to help them, they’re part of our network,” Shaw said.

Glenn McPhillips plans to have his Kona Ice truck at community events in the coming weeks. It is also available... read more