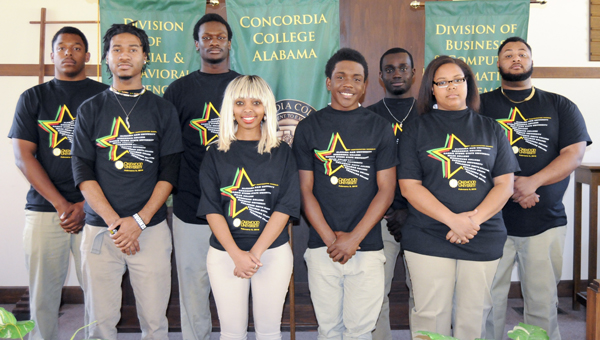 The team is one of 48 squads selected from Historically Black Colleges and Universities to compete in the academic tournament, which will take place in Los Angeles in April.

Coach Dr. Chinwe Okeke said she is excited about competing for a national championship again. She said qualifying is proof the team’s hard work is paying off.

“We put in the work, and we see the reward. We feel blessed. It’s an honor,” Okeke said.

The team has qualified for nationals every year since the competition was started in 2013.

Concordia’s team has been practicing twice a day for four days a week since the fall semester began last August.

Last year, the team advanced to the “Sweet 16” round. There are 48 teams in the competition.

Okeke said the group has made a lot of progress over the past three years, and she is confident they will challenge for the title this year.

“I want the team to keep doing what they’ve always done, which is representing Selma and Concordia very well,” Okeke said.

The winning team will receive a $50,000 grant for their college and university from the Honda Corporation.

Team Captain DeAngelo Stafford has high expectations for the trip out West.

Okeke and the team thank CCA President Tilahun Mekonnen Mendedo and Vice President of Academic Affairs Cheryl Washington for the support they have shown over the years.