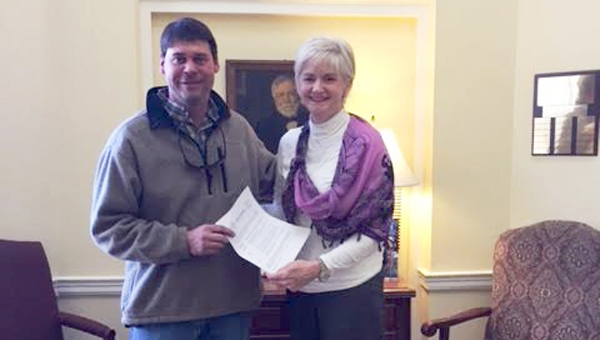 Various community leaders have been served “warrants” to benefit Blessings in a Box, a program created by the class to assist Vaughan Regional Medical Center patients and their families.

Ashley Mason, member of class XXII, said over half of the 23 warrants have been served.

“They can either write us a check, or they can contact their friends, family, co-workers and ask them to donate money,” Mason said.

If jailbirds fail to make their bond, then they will be “arrested” and required to serve jail time.

The Bail Out is scheduled for March 18 at 3 p.m. at Selma City Hall.

“We are going to build a makeshift jail cell, and it’s going to be put in front of city hall,” Mason said. “We’re hoping everyone will raise their money so we won’t have to do that.”

The funds will help cover costs for hospital patient necessities like medications, transportation, clothing, food and toiletries, as well as car seats for new moms.

Mason said the idea for Blessings in a Box came from another Leadership classmate who recently had a baby at a Birmingham hospital.

“They had a program that is kind of similar to what we are wanting to here and so that kind of sparked the idea,” Mason said.

She said the fundraising committee of the leadership class brainstormed on different ideas before making a decision.

“This one seemed like the best idea, so we could raise a lot of money in a short amount of time,” She said.

If successful in collecting the bonds in full, the leadership class will raise $11,500 for Blessings in a Box.

The money will be donated to the Vaughan Regional Medical Center and be distributed at the discretion of the hospital staff.

“They’ll watch out for people that need those specific items,” Mason said.

For more information or updates on the fundraiser, visit their Facebook page Blessings in a Box.