The Dallas County Sheriff’s Department is looking for a missing woman. 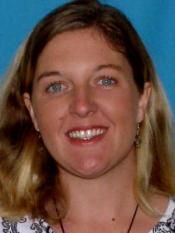 Jessica Sessions Sheehan, 35, was last seen Jan. 30. Her last known location was the 1200 block of Duke Street, where she spent Saturday night. She has not been seen or heard from since.

Investigators are searching areas Sheehan is known to frequent, including Wilcox County and parts of North Alabama.

“We are having to use other counties to help check locations,” said Sgt. John Hatfield with the Dallas County Sheriff’s Department. “We have spoken to several individuals outside of this county that believe they have seen her since Saturday, but nothing confirmed.”

Hatfield encourages anyone who may have information about Sheehan to call him directly at (334) 876-4840.