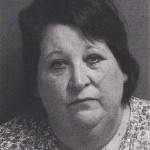 The couple’s arrest came after an investigation into missing funds from the fire and rescue squad over an undisclosed period of time.

Abbott has been the EMA director for Dallas County since February 2011. According to Dallas County District Attorney Michael Jackson, Johnson was a firefighter for the Selma-Dallas County Volunteer Fire and Rescue Squad. 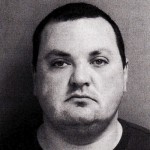 “It is unfortunate. Rhonda was a very valuable employee,” Ballard said. “I consider her one of the most important employees we had.”

The theft and ethics charges are both Class B felonies and punishable up to two to 20 years in prison. The misapplication charge is a misdemeanor.

Jackson said Abbott used her work computer to pay personal bills and other expenses. The money was discovered missing after a routine audit was performed on the fire and rescue squad.

“There had been an audit, and when they noticed the money was gone, they contacted the Selma Police Department,” Jackson said.

Abbot and Johnson were arrested Thursday and were each booked in the Dallas County jail on $50,000 bonds. Abbott and Johnson both made bond, according to Jackson.