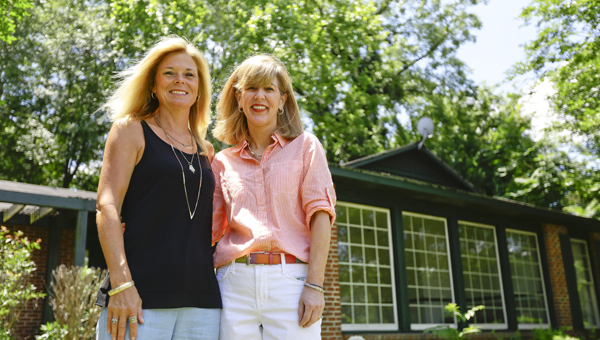 Jennifer Dobbs with Sav-A-Life and Helen Cross stand in front of building that housed Dr. Bracey Cross’ dentistry practice from 1978 to 2011. The building is being donated to Sav-A-Life.

Selma-Dallas County Sav-A-Life will have a new home soon thanks to the family of the late Dr. Bracey Cross, who practiced dentistry in Selma for more than 40 years.

The building where Cross practiced dentistry in from 1978-2011 will give Sav-A-Life a much needed new upgrade to its facilities.

“It is such an answered prayer. We literally have been praying for this for over three years,” said Sav-A-Life Executive Director Jennifer Dobbs. “We thought we were moving three years ago, and that fell through. God had perfect timing. He gave us bigger and better than we really ever dreamed of.”

The news of the new building brought Dobbs and the board to tears.

“Our whole board just cried when we found out about the building. I know that sounds cheesy, but we really did,” Dobbs said. “We were very appreciative and overwhelmed.”

Helen Cross, the daughter of Dr. Cross, said she felt compelled to do something with her father’s office after it sat on the market for a few years after his death in 2011.

“One of my dad’s sayings was keep it going, and I just knew after three years of trying to do everything we could do to sell it, I could just hear my dad saying keep it going, keep it going,” Cross said. “It just thrills my heart that this building will go on to continue for good, and he would be pleased to the nth degree.”

Cross said she wanted to keep the good going in the place her dad dedicated to helping people with their teeth.

“Even though [my father] didn’t save lives in the way that [Sav-A-Life] is saving lives, he saved teeth and he restore teeth to the best of his ability,” Cross said. “He just wanted to always serve his fellow man and the community.”

Sav-A-Life’s lease on the current location ends in September, so they are looking to be moved in and ready to serve the community by October.

But before they are ready to move in, Dobbs said there is work that needs to be done.

“We’ll have to add some walls and doors. We’ll just give it a fresh update,” Dobbs said.

The new building on the corner of Dallas Avenue and Lapsley Street will allow the ministry to expand its services to families going through crisis pregnancies.

“We’re going to have several more counseling rooms and a parenting classroom,” Dobbs said. “My vision is to have a men’s ministry, and we now have the space to be able to do that. The ministry is just growing and expanding.”

Sav-A-Life has seen an increase in clients since it started offering ultrasounds, so the building will allow them to serve more people.

Dobbs said she can’t wait to open the doors of their new location to continue their mission in saving the lives of children.

“It really does help the community in facing crisis pregnancies. Having the space is vital to that,” Dobbs said. “We don’t want to turn anyone away. We want to be able to get them in here and offer them that help and hope.”

Summertime is known for hot weather and vacation, but it’s also known for gardens and months of fresh fruits and... read more