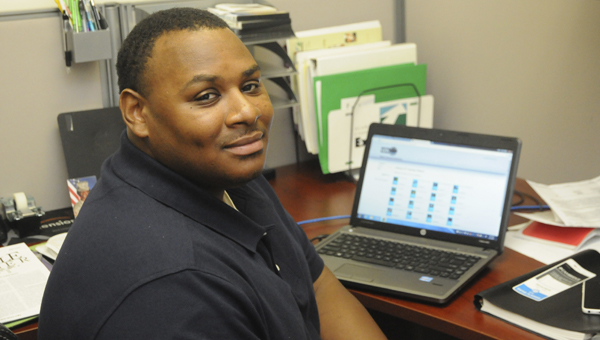 The Dallas County Extension Office has a new staff member walking up and down its halls.

Sean Lett is the office’s new regional extension agent, where he facilitates 4-H projects and clubs in Dallas and Perry County. The Alabama 4-H is a development program that provides opportunities for youth through educational programs and activities.

Selma is not foreign to Lett, as he was born and raised in the Queen City. In fact, he taught agriculture and animal science related courses at Selma Early College High School.

“It feels good to be back in the area,” he said. “I have a special kindred with the people here.”

Three weeks into his new position, Lett has already found something he enjoys about his job.

“I like the ability to work with the youth again, and have a positive influence on the kids in this area,” Lett said. “I want to get them interested in a lot of things they’re not normally exposed to.”

Now that he’s back in his agricultural element, he plans to impact the youth through his work with 4-H. He’s thrilled to be a part of something meaningful to the youth in the counties he serves.

“I’m looking forward to making a difference,” Lett said. “There are a lot of good things already going on for 4-H. I want to be that person who moves [4-H)] along, reach more children, and get them involved.”

Ideas and plans for the betterment of the program are already flowing through his mind. He’s interested in initiating wildlife clubs, getting the county involved in animal shows like livestock shows and much more.

“The ultimate goal is to educate our children and get them on the right path,” Lett said.