A Selma man was arrested in Marion on Friday for allegedly sexually abusing a 13-year-old boy.

Clemon Patrick Bailey, 24, was arrested and charged with first-degree sexual abuse,  first-degree sodomy and enticing a child for immoral purposes.

“The arrest stemmed from a May 16, 2015, investigation into the sexual assault of a male child 13 years of age in the 1000 block of Medical Center Parkway,” Muhannad said. “During the investigation, detectives were able to determine that there was no formal kinship between Mr. Bailey and the victim.” 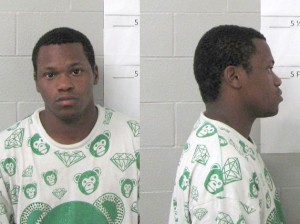 According to Sgt. Evelyn Ghant with the SPD Special Victims Unit, Bailey made contact with the child through a church program, and the sexual assault happened at his home multiple times.

“[Bailey] was in a church program, and people didn’t know that he was a predator, so this family thought he was a good person and just cared for children,” Ghant said. “The [family] wants everything possible within the law to make sure he goes to prison for what he did to their child.”

According to Ghant, a young woman that knew the 13-year-old boy reported the sexual abuse to the child’s family, who went to the Selma Police Department about it.

Bailey was arrested in 2013 for first-degree rape, but according to Ghant the charges were later reduced.

Bailey is being held in the Dallas County Jail without bond.

If convicted, his charges are punishable up to 10 years in prison for each charge and fines of $90,000 combined.