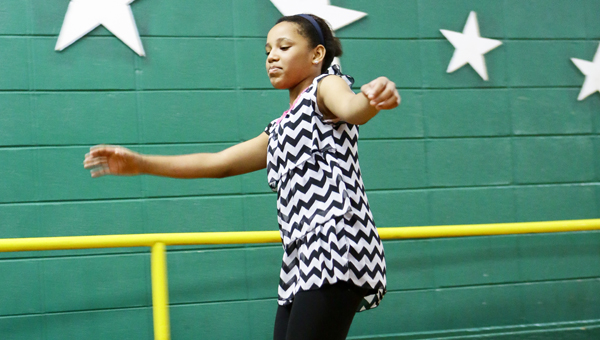 The kids at the Cahaba Mental Health Center were awarded for their good grades and excellent behavior during the 2014-2015 school year Friday at the Selma Skating Rink.

Kids from 6 to 18-years-old made their way to the skating rink to skate, play pool, eat and have fun, all while celebrating themselves.

“It’s to celebrate my achievements and honors for making honor roll this whole year and meeting new people,” said 17-year-old Nyra Mollette. “I worked hard [during the school year]. It was hard. It was a lot of work and a lot of pressure.”

But all of her hard work paid off when she got to hang out with friends, meet new ones and have a good time during the second annual skating gala.

“They’re getting to come out and celebrate. They’re celebrating their success for doing great throughout the school year, making honor roll, having good behavior and being [a] success,” Rowe said.

Rowe said around 30 kids showed up at the skating rink to participate and she said they all seemed to have a good time.

“We’re having a wonderful time. The kids get out, they get a chance to come out and mingle with each other and get to know each other, so they’re having fun,” Rowe said. “All year long they’ve been working hard being focused on school trying to improve their behavior and doing thing they need to do to stay focused.”