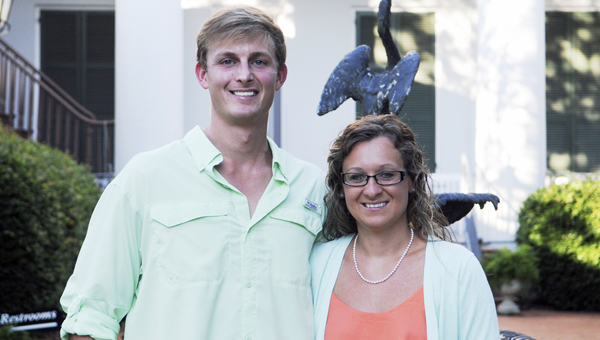 Clint and Ellen Mitchell are preparing to travel to Kenya this summer on behalf of Integrity Worldwide.

By Derek Thompson | The Selma Times-Journal

Clint and Ellen Mitchell were dating for only a few weeks before they got engaged at the base of Mount Kilimanjaro last summer on a missionary trip for Integrity Worldwide, an organization that helps restore communities that have been plagued by poverty.

Nearly five months after their first mission trip together they were given the opportunity to travel back to Kenya to determine if they want to serve as missionaries long term.

“They’ve never had anyone stay long term so we are really the first missionaries to go and check it out,” Clint said.

The newlyweds will leave to Meto, Kenya on May 27 alongside Integrity Worldwide founders Dr. Alan and Averee Hicks and return eight weeks later with an Industrial Workers of the World mission team.

“We have a medical team that will be traveling there July 27,” Averee said. “They will return to the United States with that team the first part of August. They are going to come home and process their time there and determine whether or not they are called to be Integrity Worldwide missionaries.”

“Some of our goals while we are over there are to learn the culture and language and figure out what are the needs there,” Clint said. “There is also the spiritual aspect of it and getting involved with other villages and churches.”

Ellen said they are excited about being in Meto for the grand opening of a new well that Integrity Worldwide helped fund and build for the community.

Clint said the organization’s missionary trips are unique for Selma because they are something everyone in the community can get involved in.

“They all know about Selma over there,” Clint said. “And they pray for Selma. It’s just a cool relationship we have over there with them. I think it would be cool to let people know that the money that you donate and give is helping people on the other side of the world. You don’t even realize how big of a difference you are making.”

Anyone can donate to Ellen and Clint’s cause online at integrityworldwide.com under the Mitchell missionaries tab or mail their donations to P.O. Box 347, Selma, Alabama 36702.