Derek Thompson has joined The Selma Times-Journal staff as an intern for the summer. 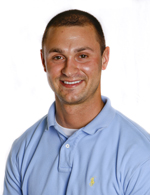 Thompson comes to Selma from Auburn University, where he will graduate in August with a degree in journalism.

He was born in Radcliff, Ky. and moved often as a military brat. He graduated from Chelsea High School in Shelby County in 2007 and joined the United States Marine Corps two months after graduation.

Thompson served three and a half years with the Marines and helped train national security forces in Iraq and Afghanistan.

After his military service, Thompson enrolled in college and started at Auburn in 2012.

Thompson knew he wanted to study journalism, but his plans changed along the way.

“I decided to study journalism after I got out of the Marines. I wanted to observe conflicts firsthand as a reporter, but found a passion for covering sports at Auburn,” he said.

Thompson has reported for The Auburn Plainsman, Eagle Eye TV and The Opelika-Auburn News.

“I’m excited to present news to the people in Selma. Everyone I’ve met so far has been welcoming and a wonderful testament to the city,” he said.

During his time in Dallas County, Thompson will cover news and sports for the Times-Journal and contribute to Selma The Magazine and other special publications.

“We’re excited to have Derek in Selma this summer as he finishes his degree at Auburn and look forward to seeing the work he will produce,” said Times-Journal editor Justin Averette.