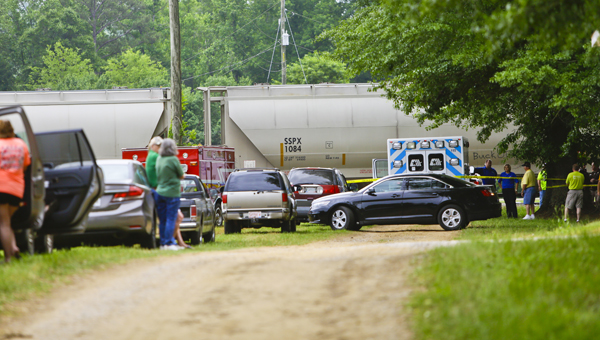 A nine-year-old boy was killed by a train in Plantersville Tuesday morning. –Alaina Denean Deshazo

PLANTERSVILLE — A nine-year-old autistic boy was killed in Plantersville Tuesday morning after being hit by a train.

According to Chief Deputy Randy Pugh with the Dallas County Sheriff’s Department, the child was playing on the tracks when the train hit him.

“He was apparently playing on the railroad track,” Pugh said. “The conductor observed him from a few hundred yards away, but he could not stop the train in time, and [the train] hit him. It apparently killed him instantly.”

The name of the child has not been released yet, but Dallas County Schools Superintendent Don Willingham confirmed the child is a third grade student at J.E. Terry Elementary School in Plantersville.

“It is just a sad accident that happened,” Willingham said. “We’re so sorry for the family.”

The nine-year-old was not at school at the time of the accident. He was at home, where he was expected to finish out the school year, according to Willingham.

The child’s home is adjacent to the railroad tracks that run along Dallas County Road 63.

Pugh confirmed a parent was at home during the accident.

“The parent was at home inside of the house. We’re still investigating that,” Pugh said. “The child does have some medical issues. He is autistic, so we’re trying to do an investigation now to see why he was unsupervised outside and get more details on that.”

Willingham said counselors will be on campus at J.E. Terry to speak with students and teachers.

Check back later for more information on this developing story.