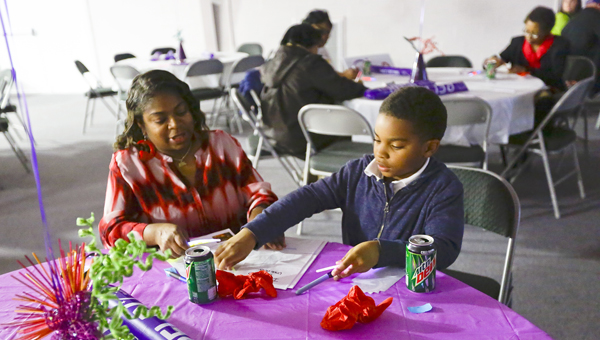 Cancer has a way of sneaking itself into the lives of people who would have never thought that they could be affected by it.

That’s why Relay For Life Selma-Dallas County is gearing up for another year of raising money to fight back.

“My expectation is that this is going to be better than it’s ever been,” said Tina Yelverton, Relay For Life Selma and Dallas County leadership committee chairwoman. “I think that we’re going to do great.”

Tuesday was Relay For Life’s kickoff event, meant to get team captains hyped up and ready for the year.

“I saw a lot of excitement from the teams that have done this before, and I just want to let new people and people that are thinking about having a team know that this is great,” Yelverton said. “It’s a lot of fun, and it’s about getting together and fighting for the cure together.” 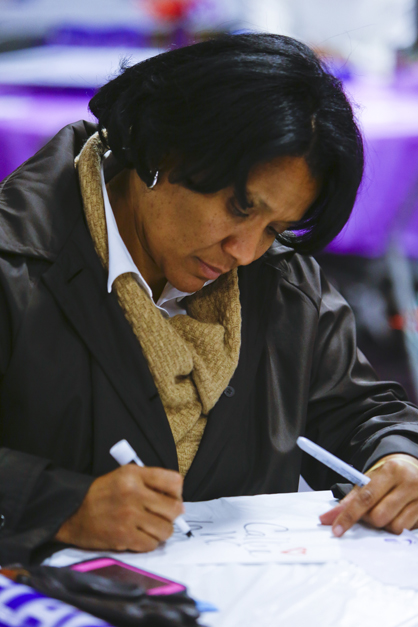 fight back: Angelia Wilson signs a luminaria to recognize a loved one during Relay For Life Selma-Dallas County kickoff rally Tuesday.

So far, 21 teams have signed up to have a Relay For Life team.

Sharon Clary is a new team captain for Henry Brick Company and a cancer survivor herself.

“It’s important to me because I am a survivor,” Clary said. “It’s just so important to get the awareness out there.”

Clary and her team have not decided on a goal yet, but she said they are looking forward to the upcoming year.

“Besides raising the money, it brings awareness. It’s just so important,” Clary said. “It just gets the word out there.”

Another cancer survivor, Wanda Williams, spoke to the guests at the rally and told them her own story.

“I was invited to speak because I am a breast cancer survivor,” Williams said.

“A lot of people give up when they hear that they have breast cancer or any type of cancer, but for me, the fight was on. It was time to roll back my sleeves and get in and fight.”

Williams said she is thankful for events like Relay For Life, and she encourages everyone to get involved with cancer research.

“It shows that people care,” Williams said. “Cancer is pretty hard, not only physically but emotionally, but events like this show support.”

Williams said that the treatment that she received was funded by events like Relay For Life, and she is incredibly thankful for the good they are doing.

“American Cancer Society makes a difference,” Williams said. “I encourage people to get involved, to donate.”

Anyone still wanting to get involved can visit relayforlife.org or their local Facebook page by searching for Relay for Life Selma-Dallas County.

Barbara Etheridge, emergency preparedness coordinator with the Alabama Department of Public Health, speaks to a full room of guests during... read more