Murder suspect Cedric Butler appeared in court Monday and had his bond revoked.

Judge Bob Armstrong issued Butler a $3 million bond for allegedly killing a 21-year-old Orrville man earlier this month. Armstrong also revoked a $500,000 bond Butler was out on for reportedly shooting another man in the lower torso in 2013. 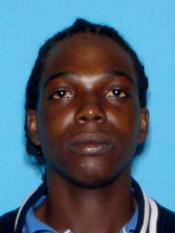 “We’re happy with the $3 million bond given this guy’s previous record and the seriousness of the latest case,” District Attorney Michael Jackson said. “Since he has already made a $500,000 bond, we wanted to make sure we got that bond revoked to keep him locked up.”

Butler’s latest charge comes from his alleged connection to the death of 21-year-old Orrville resident Bruce Dawson, who was found lying in the 200 block of County Road 340 on Nov. 8. He had been shot in the head, according to the Dallas County Sheriff’s Office.

Dawson’s body was taken to the Alabama Department of Forensic Sciences in Montgomery for an autopsy.

Deputies labeled Butler as a person of interest Nov. 10. Selma Leashore Bail Bond brought him in two days later, and he was charged with murder. Butler’s next court appearance will be a preliminary hearing scheduled for Dec. 9.

Valley Grande was pleased to report Monday that it has received more applicants for the recreation and sports coordinator job.... read more