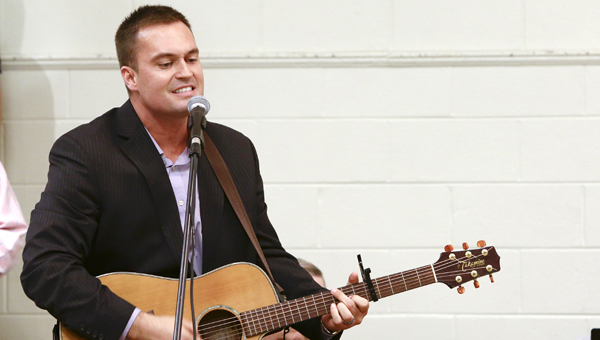 During the program, several men in the program spoke about drug and alcohol addiction that ultimately landed them in the 12-month discipleship program.

“What you are doing in Selma is much bigger. People are dying [from drug and alcohol addiction] every day from all walks of life,” Combs said. “Most people in this room don’t understand this crazy world of addiction.” 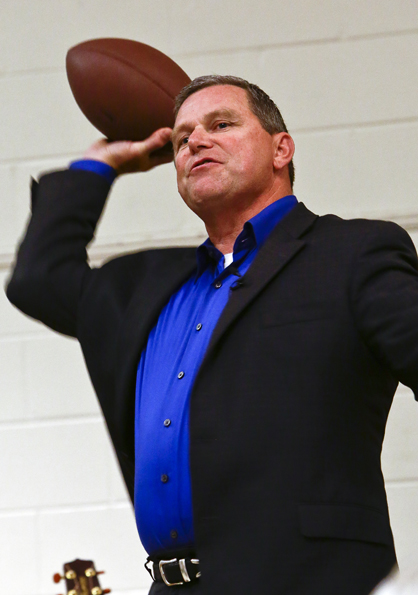 The Rev. Jim Combs of River Church in Holly, Michigan used a football analogy in his remarks Thursday.

Combs spoke about his childhood in a rough part of Michigan and neighbors and friends who died from substance abuse and overdoses.

“I don’t even tell my kids the story of my life growing up. I don’t want them to know what it’s like,” Combs said. “It ain’t no way for a kid to grow up.”

Combs used a football analogy to talk about his marriage, children and call into the ministry.

“Keep throwing [the ball] back to God. Keep giving it to God, and he keeps giving back better,” he said.

A couple of students in the program gave testimonies of how Teen Challenge has helped them turn their lives around.

“I didn’t want to be here at first. It took months for me to want to be at Teen Challenge,” said one student. “[Today], I love my brothers. They are my second family.”

David Wilkerson started Teen Challenge in 1958 in New York. Since then, the program has grown to more than 1,100 centers in 113 countries.

Alabama Teen Challenge is for anyone 18 and up. There are three centers for men in Alabama in Selma, Bay Minette and Lincoln. A women’s facility is in Warrior.