The Selma Police Department is looking for man allegedly connected to a Sunday afternoon shooting.

Kirby Dante Brown is 23 years old and described as 5-foot-10 and weighing 170 pounds, according to Lt. Curtis Muhannad.

“We do have our team, the task force, out looking for him,” Muhannad said. “A warrant has been issued for Kirby Dante Brown’s arrest for attempted murder. Anytime you have a murder or an attempted murder, that’s a serious crime.”

Selma officers responded to the 900 block of King Street after receiving calls about a gunshot victim Sunday at 12:10 p.m. 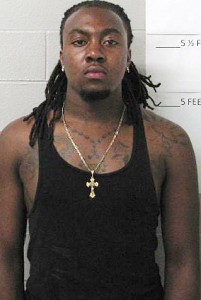 When officers arrived at the scene, they were told that the victim was taken to Vaughan Regional Medical Center in a private vehicle. Officers went to the emergency room and met with doctors about the victim.

“Officers were directed to a 27-year-old black male with a gunshot wound to the left side of his head,” Muhannad said. “The victim told officers he was not sure of what happen.”

“The shooting is believed to stem from an ongoing dispute between Kirby and the victim,” Muhannad said.

The victim was airlifted to a Birmingham area hospital for treatment.

He is stable as of Monday afternoon, according to Muhannad.

Anyone that has information about Brown’s whereabouts is asked to call the Selma Police Department at 874-6611 or Crime Stoppers at (866) 442-7463. Calls will remain confidential.

The Samaritan’s Purse Operation Christmas Child will help children across the world have a good Christmas. Christmas is fast approaching,... read more