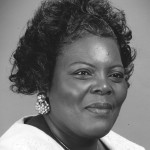 She is preceded in death by her parents, Eara Baker and Emmet Lockett.

Mr. Joe McDaniel, 54 of Selma, Alabama passed away at Vaughan Regional Hospital on October 28, 2014. Arrangements will be... read more