Selma Police are looking for a man wanted for attempted murder following a Saturday shooting.

At approximately 12:36 a.m., Selma officers responded to a call of shots fired near Philpot Avenue and Lauderdale Street.

When officers arrived on the scene, they heard someone calling for help, according to Lt. Curtis Muhannad. They found a 25-year-old man lying in a drainage ditch with several gunshot wounds. The victim told officers “Leroy” had shot him. 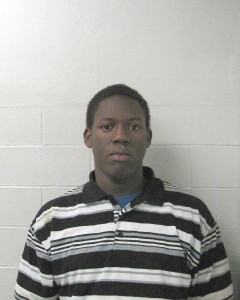 Care Ambulance arrived and transported the victim to Vaughan Regional Medical Center, where he was later airlifted to a Montgomery hospital in critical condition.

The victim was shot in the chest, lower abdominal area and buttocks, according to Muhannad.

Selma’s Major Crimes Unit detectives identified the alleged shooter as Leroy Jackson Jr. of Selma. As of Monday, he was wanted on attempted murder charges.

It’s not yet clear what events led up to the shooting.

“We do believe they knew each other from the neighborhood,” Muhannad said.

The victim was able to speak with detectives over the weekend and had been upgraded from critical condition, according to Muhannad.

Jackson, who is 6 feet 1 inch tall and weights 250 pounds, is considered armed and dangerous. Law enforcement officers have been advised to approach him with caution.

Anyone with information that leads to Jackson’s arrest could receive up to a $1,000 reward. Information shared with the department will remain confidential.