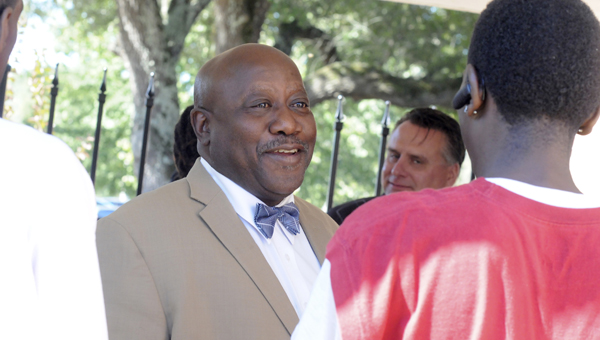 Crowds of people flooded to Hope Academy to celebrate its grand opening Thursday.

Smiles, cheers and laughter echoed throughout the building as the community showed their support for the Phoenix Alternative Program officially becoming Hope Academy.

As a part of a District Judge Bob Armstrong’s vision, the disciplinary program meant to help Selma students will now also serve other troubled youth under the collaborative leadership of Selma City Schools, Special Program of Achieving Network and Compass.

“Look what the Lord can do when people of good will come together and work for our community,” Armstrong said. “This is what excellence looks like. I’m so proud of our community.”

The event kicked off with a ribbon cutting followed by a ceremony that opened with a play that featured performers Jamarcus Legg, Antranique Grimes, Tiffany Grimes and Shanika Grimes. The four artists used their voices and acting skills to showcase how Hope Academy can better young people whose heartbreaking circumstances have caused them to act out. 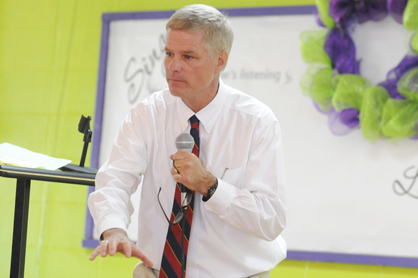 DiChiara spoke about how Hope Academy has the power to better Selma.

“If you ever want to have a world-class city, you have to first have a first-class school district,” DiChiara said. “The sooner we all realize that we can put all of our efforts into our schools.”

As someone who once attended Phoenix Alternative Program, Legg said he felt uplifted to join the Hope Academy grand opening celebration.

After attending the program when it lacked benches, bright color and fresh grass, Legg can attest to the difference physical appearance can make for those involved in the program.

“To be honest, I did feel like I was kind of in a prison. In a way, it almost me act out more, because of the environment I was in,” Legg said. “To be here now, it makes me excited.”

SPAN is a separate Alabama District of Youth Services-funded program geared toward helping troubled youth find an outlet to succeed academically and socially.

The Selma City School System, Compass and SPAN have contributed money and physical labor to building renovations, such as repainting, removing the chain-link fence, adding brick columns and building a grand sign that will be displayed to the outside world, showing the Hope Academy name and list the groups that made the expansion possible.

The community has helped with the physical makeover of Hope Academy, which is still undergoing renovations.