UPDATED: Suspect wanted on murder charges turns self in

Selma Police have arrested Cedric DeAngelo Oliver, who was wanted on murder charges after a fatal shooting Sunday.

Oliver, 27, turned himself in to the Selma Police Department’s Major Crimes Unit Wednesday afternoon, according to Lt. Curtis Muhannad. He was charged with one count of first-degree murder and is being held in the Dallas County Jail without bond. 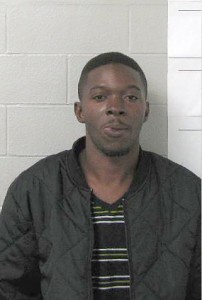 Barnett’s friends allegedly attempted to rob one of Oliver’s friends Saturday, according to Muhannad.

Detectives believe both groups encountered each other Sunday on the 600 block of Johnson Street, which led to an altercation that ended with Barnett’s death.

The Selma Police Department responded to a call of shots fired Sunday afternoon. When officers arrived, they found Barnett with a gunshot wound to the head. He received aid from Care Ambulance but died before he could be airlifted to a trauma center.

Oliver’s address is listed as 906 Minter Avenue in Selma on Dallas County Sheriff’s Department’s reports. Oliver’s bond hearing is set for Monday at 1:30 p.m. In the meantime, he is being held in the Dallas County Jail without bond.

If convicted, Oliver could face 10 years to life without parole or the death penalty and fines up to $60,000.

In the photo above, Ted Henry walks next to one of the kilns at Henry Brick Company before his retirement... read more