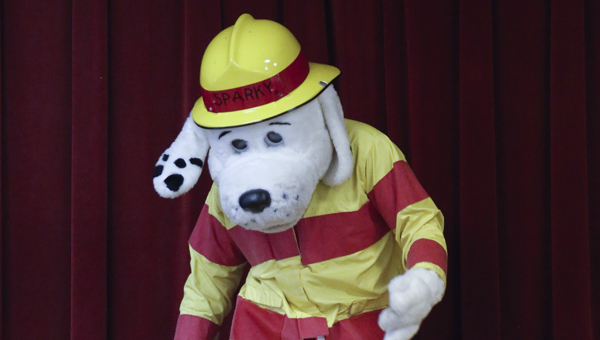 The famous firedog that Selma kids have come to love has gone missing.

Sparky the Fire Dog’s costume was stolen from a vehicle parked at the Station 3 firehouse Monday.

Daron Waters, a firefighter who often portrayed the Dalmatian in a turnout coat, said Tuesday that he is saddened by the event and is hopeful for Sparky’s safe return.

“It’s not us — it’s the kids because they’ve grown to love and care for that particular Sparky,” Waters said. “You can go anywhere in the city of Selma, and mention the name Sparky, and it’s a light bulb for every kid.”

Throughout the month of October, the fire department and their No. 1 dog have been traveling to different schools sharing information about Fire Prevention Month.

The department still has several schools to visit and is hoping that Sparky will be riding along with them.

“With Monster March and Christmas coming up, all of the kids want to see Sparky,” Waters said.

This Sparky has been the mascot of the fire department for more than four years.

If Sparky is returned, no questions will be asked, and the source can remain anonymous.

Sparky was last seen in a large, dark grey cloth case with black straps and handles.

The fire department is asking anyone with information to call 874-2150 or to drop Sparky off at any of the fire stations.