Norward Roussell was a man who had a large influence as the first black superintendent of the Selma City School System. To Norward’s family, he meant even more. 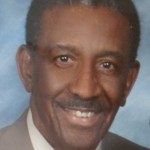 Norward died Monday in Selma at the age of 80, but not before sharing wisdom his children will cherish throughout their lifetime.

“The biggest thing about my daddy was that he didn’t care who you were or where you were, because he did what he had to do to the best of his ability to help you,” Norward’s son Eric said.

Norward completed his education at Wayne State University in Detroit, where he earned his doctorate in education.

He went on to serve on the administrative level in New Orleans schools before starting his career in Selma as the first black superintendent in 1987.

“I personally think he did a wonderful job in developing an environment where every student — black and white — could express what their needs were, their needs could be analyzed and they could provide for them in a manner that would help them grow and advance into productive young people,” Norward’s twin brother Norman said.

Norward’s daughter Melanie Newman recalled the times her father took her to board meetings, press conferences and other places he attended as the school system’s superintendent.

Newman said those experiences taught her how to be a leader in public service as the assistant secretary for public affairs at the US Department of Housing and Urban Development.

“I don’t ever remember him being as hard on me about my grades as I was on myself,” she said. “I do believe I was hard on myself about my grades, because I didn’t want to let my father down. He will always be the smartest person I’ve ever known.”

The stern demeanor Norward used to lead in his professional life was similar to the one he used to lead his own household, according to Norward’s son Norman David Roussell.

“Every day I came home from school he would say ‘how was school today? What did you do?’ We’ve all been there, and we thought he knew what we had done—good, bad or indifferent,” Norman David said.

As the years went by, Norman David learned that the strict manner in which his father raised him was done with the loving intent to keep he and his siblings “straight and in line,” and he appreciates that now more than ever.

After three years of leading the Selma City School System, a majority vote by the board of education ended Norward’s term as superintendent.

On Dec. 21, 1989, the board voted 6 to 5 for the non-renewal of Norward’s contract, which was set to end June 30, 1990, according to a previous Times-Journal article. The decision came after the board released its evaluation on Norward, which graded him below average in decision-making, delegation and employee relationships.

The vote led to citizens who supported the superintendent to picket several banks, service stations and more, claiming the board’s decision was racially motivated.

Norward responded to the board’s non-renewal by filing a $10 million lawsuit against the Selma Board of Education. He contended that the board’s decision was based on his “dismantling” of a leveling system that offered unequal educational opportunities to black and white students.

By the day Norward announced the lawsuit, 35 additional students had pulled out of the Selma City School System, bringing the week’s total withdrawals to 199. The three-digit number represented 10.5 percent of the system’s total enrollment.

The board hired Dr. F.D. Reese as the interim superintendent to temporally fill Norward’s position. Reese resigned shortly after and Norward, who took three-days of personal leave after the vote, returned to system.

The board allowed Norward to serve as the superintendent, but did not take any further action on his contract.

“[Norward] felt it was wrong for the students,” Newman said. “He felt like he had an impact, and he could have done so much more to help the students here.”

Directed by Randall Miller Funeral Service, the funeral services will be held Friday at 11a.m. at Freedom Baptist Church and will be officiated by Rev. James Spicer, Sr. Visitation will be held at the church at 10 a.m.

The burial will be at Mount Olivet Cemetery in New Orleans.

Norward is preceded in death by his parents Mr. and Mrs. Edward Roussell, Sr., brothers Edward, Jr. and George and  two sisters Helen and Dorothy.

By Alaina Denean  The Selma Times-Journal   With the holiday season quickly approaching, many families are going to be thinking... read more