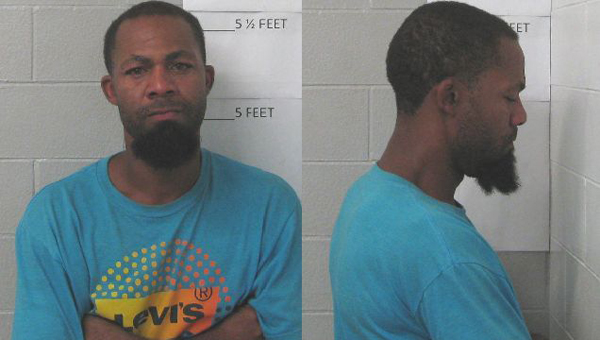 Johnny Wagner has been charged with assault following a Friday morning shooting following a game of dominoes.

Selma suspect John Kakia Wagner is behind bars after allegedly shooting a man following a game of dominoes.

Wagner is currently in Dallas County Jail under a $30,000 bond issued by District Judge Bob Armstrong, according to District Attorney Michael Jackson.

The victim, who was in his 30s, told police he and Wagner were playing dominoes in a residence located near the intersection Henry Street and Gaines Avenue when their interaction got heated.

The victim allegedly initiated a physical assault on Wagner, because he was cursing and being disrespectful to the female of the house they were visiting, according to Selma Police.

Afterward, Wagner shot the victim in the left thigh, near his pelvic area, said Lt. Curtis Muhannad, with the Selma Police Department.

Selma Police were notified about the incident after receiving a call from Vaughn Regional Medical Center after a gunshot victim came into the ER about 6 a.m. Friday.

On Friday at 6:15 p.m., Selma Police apprehended Wagner on the 2300 Block of Brown Street.

“After the story aired concerning him being wanted on local news outlets, E911 received an anonymous call advising that he was standing in the 2300 Block of Brown Street,” Muhannad said. “When officers arrived in the area, they spotted Johnny Wagner. And after a short foot pursuit, he was taken into custody.”

Selma Police have yet to locate the weapon used in the shooting, Muhannad said.

Wagner’s preliminary hearing is scheduled for Nov. 13, according to Jackson. Wagner could face anywhere between two to 20 years in prison and be ordered to pay up to $30,000 in fines, according to Muhannad.

Bears running back Santrez White runs in an Selma youth league Opening Day game against the Vikings. The price and... read more