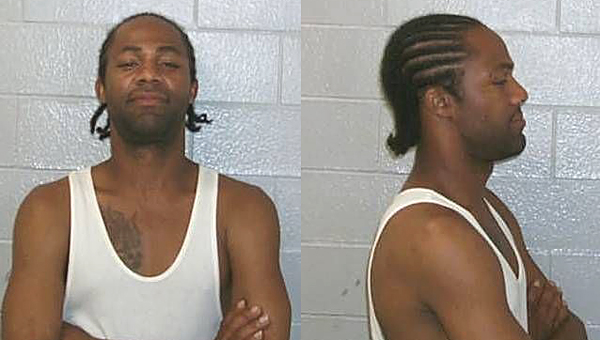 Selma Police are searching for Johnny Nakia Wagner in connection with a Friday shooting.

Selma police are searching for a man wanted in connection with a Friday morning shooting.

Officers were called to Vaughan Regional Medical Center at approximately 6 a.m. after a man in his 30s came to the hospital with a gunshot wound to his left thigh.

Authorities questioned the victim, who told them he had been shot by someone called “John-John.”

The alleged shooter has since been identified as Johnny Kakia Wagner, a 39-year-old Selma male. Wagner is described as being 5-feet, 8-inches tall and weighing 145 pounds.

The victim told detectives that he was shot in a residence near the intersection of Henry Street and Gaines Avenue.

“According to the victim, the shooting occurred after he initiated an assault of John-John for cursing and being disrespectful of the lady’s house they were visiting,” said Lt. Curtis Muhannad with Selma PD.

The victim said the two were playing dominoes prior to the shooting. The injured man was taken to a Birmingham hospital for further treatment. The caliber of gun used was unknown Friday afternoon.

Wagner, who is now wanted on first-degree assault charges, resides in the Selmont area and is considered armed and dangerous, according to Muhannad.

Anyone that has information about Wagner’s whereabouts is asked to call the Selma Police Department at 874-6611 or Crime Stoppers at 1 (866) 442-7463. Calls will remain confidential.