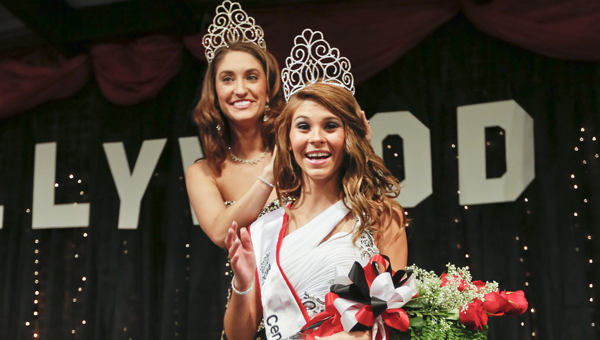 Burton is the daughter of Jodie and Terry Burton and a student at Meadowview Christian School.

Burton said she had fun competing for the title and upon hearing her name called she was very excited.

“I did not expect this at all,” Burton said. “It was very fun, I liked all the girls back stage, they were very supportive and we all told each other good luck.”

She said the pageant took “a lot of time and effort,” but was definitely worth it.

Although Burton has competed in the pageant before, this was her first time placing.

This was the first ever petite miss pageant, and Boswell was thrilled to wear the crown. 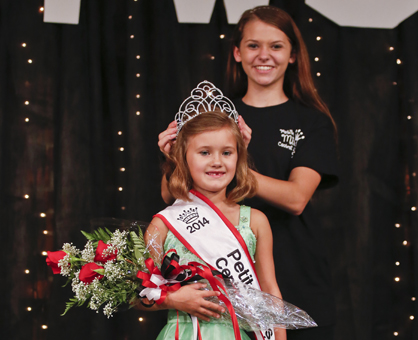 Boswell is seven years old, and a student at Valley Grande Elementary.

Melissa Vardaman, a co-director of the Central Alabama Fair Beauty Pageants, said the pageants are a wonderful way for the contestants to meet new people and build their confidence.

“It is a lot of fun, the girls get together — this gives them an opportunity to meet different girls from different schools and to meet different people,” Vardaman said. “It does a lot for [the girls] as far as their self esteem and getting on stage in front of people, and they just all have a good time.”

The fairgrounds open each night at 5:30 p.m. Tuesday and Thursday, 2 p.m. Wednesday and 1 p.m. Saturday.