A former employee of a housing complex on the 1800 block of Green Street was arrested Saturday for allegedly robbing two residents of that same complex Friday. 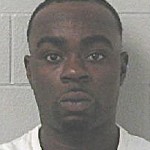 The arrest stemmed from a Friday call the Selma Police Department received at 8:47 p.m. about a robbery that victimized two males residing on the 1800 block of Green Street but injured no one, according to Muhannad.

Victims of the incident reported that the incident occurred inside of the complex’s hallway, where Fields allegedly threatened and attempted to rob the first victim with what appeared to be a gun wrapped in a gray t-shirt.

Afterward, the second victim allegedly gave Field his phone, but the first victim did not give the suspect anything.

The victims identified Fields from a six-pack photo lineup.

First-degree attempted robbery and first-degree robbery are both considered Class A felonies, according to Muhannad.

Dallas County commissioners were “pleasantly surprised” to learn Monday they may not have to use about $20,000 they expected to... read more