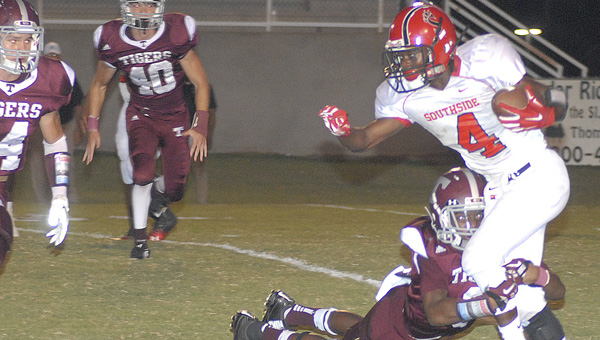 It was a tough road trip for Southside-Selma High Friday night in Thomasville as the Panthers lost 41-8.

Southside couldn’t get much offense going all night, and the Thomasville High Tigers had great field position for much of the game. The Panthers were hurt by their execution on punting, and a Southside pass was intercepted.

One promising Panther drive got stalled in the third quarter at the Tiger 15.

Cole also added a 2-point conversion for the Panthers. Southside (2-3) will next host Wilcox Central (5A) on Sept. 26.