Reeves, who has been editor of the Times-Journal since September 2010, helped lead the Times-Journal through some significant changes, including a redesign in 2010, the launch of Selma The Magazine, and the development of several other projects. 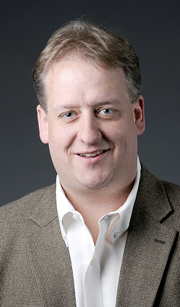 “While this is an amazing opportunity for my family and me, it does come with some heartache,” Reeves said. “I met my wife here, started a family here, and put down deep roots that cannot be removed. Selma and Dallas County will continue to play a key role in our lives.”

During Reeves’ four years as editor, the Times-Journal earned 46 editorial awards from the Alabama Press Association, including the Most Improved Newspaper award in 2011 and 2012.

In 2013 and 2014, the Times-Journal was named one of the best small daily newspapers in Alabama, earning second place general excellence honors. The newspaper also received awards for best public service in 2013 and 2014.

“I’m pleased and proud of Tim for creating this opportunity for himself and his family by the good work he’s accomplished during his time in Selma,” said Times-Journal Publisher Dennis Palmer. “Anyone who has worked with Tim or been associated with him knows he cares deeply about the role a newspaper plays in the lives of the people the newspaper serves.”

The Vicksburg Post, a daily newspaper published afternoons Monday through Saturday and mornings on Sunday, was first published in 1883.

“It is a huge honor and responsibility to help continue the strong tradition established at The Vicksburg Post,” Reeves said. “But, it is something that I have been blessed with the opportunity to do, and I take with me the experience of having helped lead The Selma Times-Journal, Alabama’s oldest daily newspaper, for the past few years.”

Reeves, along with his wife, Stephanie, stepdaughter Sarah Cameron Fancher and sons Clayton and Fin, have already begun the process of relocating to Vicksburg. Reeves will begin work in Vicksburg Monday, Sept. 29. Palmer said he expects Reeves’ replacement to be named soon.