The Dart: Johnson makes the most of each day 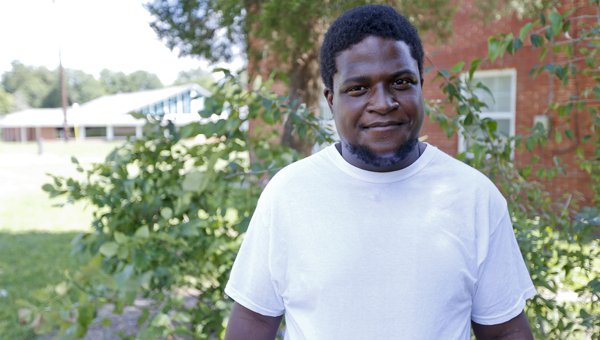 Selma resident Dyas Johnson moved from Texas to Selma to take care of his mother.–Alaina Denean

Making the best of everything can be hard in today’s world, but Dyas Johnson, a Selma resident, does just that.

You can often find Johnson walking around town enjoying life and taking in the sun. Johnson moved to Selma from Texas to help care for his mother.

“I’ve been in Selma for a while,” Johnson said. “I’m taking care of my mom and getting her situated.”

Johnson visits nursing homes at times, and said he just can’t imagine putting his mom in one when he is able to take care of her himself.

“I’m just helping her out,” Johnson said. “I just buy her different stuff when she needs it. I keep the house clean, and the grass cut.”

He said he enjoys caring for his mother, and he does anything that he has to do to keep her comfortable.

Johnson said he is a certified disc jockey and also details cars. He’s been in the DJ business for 21 years, starting out at the age of nine.

Johnson tries to make the best out of every situation and he believes people need to be responsible and take care of themselves.

“Everyone is made the same. I don’t care how you look,” Johnson said. “I don’t care if you’re blue or green. You just have to know about respect.”

He has a love for people, and stressed that people just need to work together and care about each other.

“Everybody just needs to pull together instead of pulling apart,” Johnson said. “You have to carry yourself with love.”

Johnson is a strong believer in living life to the fullest.

“I’m just trying to live life, because you don’t have but just one life to live,” Johnson said.